Social housing has been identified as a topical way of solving the housing deficiency issues plaguing the country today. However a means to achieve true social housing has been a subject of continuing debate and research.
For instance, it is difficult to come to term with the branding of a 2-bedroom bungalow that is selling for a whopping 10 Million Naira as ‘low cost’ but that is still common place.

Dry construction is one sure way to work that figure down. Dry Construction utilizes the combination of cheap, ‘dry’ and ready-to-assemble components to create living, storage, leisure, learning and working spaces that can stand the test of time and use.

It may have been developed based on the observation that the ‘wet’ block-and-concrete construction processes normally slows down delivery time and comes with attendant high cost. 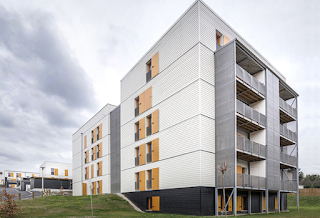 Although the technology is not new, advancement in the technology is what could be said to have boosted its advantage over other similar green technologies. For instance, until lately, most dry construction concepts utilize old metal container to build livable units which many people find aesthetically-repulsive while some others attempts to use paneling materials for walling which are of low acoustic quality and thermal resistance, making the use of the technology unpopular.

Using latest dry construction technology to overcome wall and framing challenges in a more decent way is really a big plus and the introduction of highly stable dry floors gives a perfect blend to the entire set-up. Roofing and ceiling often come in naturally dry solutions and thus can easily be worked into a dry construction module. 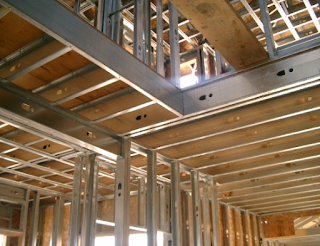 Typical dry construction systems consist of frame and paneled walls/frames and floors made from a combination of steel, PVC and recycled materials as well as special fire-resistant boards to form internal and external walls.

The entire set-up is so built to allow for adequate functional requirements of strength, firm stability, extended durability, resistance to passage of moisture and heat, anti-rust, good noise reduction co-efficient and so on. In order to provide additional resistance to sound and external weather conditions, dry walls usually come imbedded with insulating fibre. To resist excessive wind and vibrations due to internal or external forces or effects, the set-up is designed to be attached firm at ends and joints; making the building ‘rock solid’.

Unlike the conventional method of constructing suspended floors, reinforcement in dry floors are often welded to the receiving panels and plates and then covered with adequately-sized unbreakable polymerized floor units.

This welding process creates additional stiffness required to safely resist impact and torsion. Depending on design requirements, dry floors can take the same thickness as conventional wet concrete floors and are observed to be generally more stable.

Since the dry floor material comes finished, it therefore almost completely erases the additional cost of installing floor finishes. However depending on the owner’s requirements, dry floors can still be ultra-finished. But the use of dry floor variants in place of concrete for ground or basement floors is largely unacceptable. 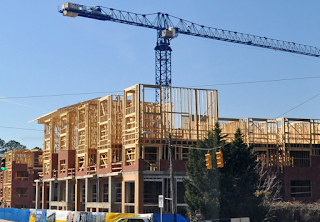 The growing appreciation of dry construction is anchored on the observation that once completed it is pretty difficult to spot the difference between buildings where the technology was employed and the regular ones.

Using dry construction, it would cost only about 3 Million Naira to build a livable 3-bedroom unit within 30 days but the regular block-concrete type will cost some 5 Million Naira on the average and may take up to 3 months to complete.

Beyond mass housing, dry construction is being utilized in the construction of halls, open plan offices, multi-storey warehouses and for massive industrial facilities.

So for social housing enthusiast and the rest of us, dry construction isn’t a bad idea!
Posted by Engr. Osaz' at 09:26 No comments:

On Foundations: It is Safer to Pad the Strip - Engr. Osaz’ ENOBAKHARE

Foundations are very important components of buildings and other earth-supported structures because they perform what is often described as the most herculean tasks of support, transmissions and distribution –they support the load of the structure built on them and extensively transmit and distribute same to the underlying earth.

There is always a set of suitable foundation types for most structures but these options are often subjected to cost consideration, time of completion and available technology.

Generally for small residential bungalows on fairly stable earth, the use of traditional strip foundation is common place but technically it is safer and wiser to also pad the strip.

Here is why? Padding a strip foundation makes it stronger and more stable.

It provides additional support against deflection. If properly constructed, it also gives the foundation a form of flexibility to take on additional load in the future which may be in form of an additional floor. Similarly, it enables ease of lateral extension. What this means in ordinary terms is that the pad in the strip will make it a lot safer to extend the foundation where the building’s horizontal span(s) is to be increased. 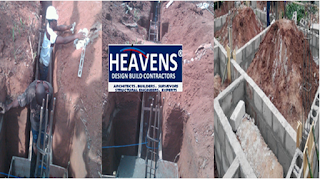 The combination of strip and pad foundation is logical to the extent that the bulk of the load of the building will be supported by the pad set-up, hence the strip only serve to sustain and distribute the load from the walls over the longitudinal bearing throughout its length. This is quite different from the norm where reinforcement is simply introduced at joints in foundation strip and concreted together.

When applying this method, the required number of isolated or combined pad footings or base are first constructed over a layer of blinding and are then connected to the strip which could be made either of reinforced concrete or sandcrete blocks or composite materials. Subsequently, the starter columns are built into the pad which will then be extended to the roof beams. This way the load from the roof is almost exclusively supported by the pad. 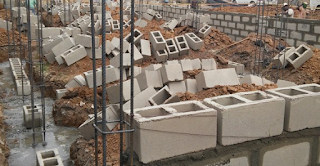 It works in such a way that the roof load is supported by the pad while the load from the wall and part of the ground floor is supported by the strip. This is generally safer and particularly useful in grounds with fairly-stable soil characteristics.
Posted by Engr. Osaz' at 14:26 No comments:

Site Workers Can Become Site Hackers If You Keep Your Eyes Off --Engr. Osaz' Enobakhare

Managing construction activities comes with some burden. There is the burden of trust. First, the project owner relies on qualification, experience and trust to engage a contractor. Next, the contractor wants to work with a team and/or a group of workers that can be trusted to deliver to instructions and specifications.

There is often likelihood that trust can be breached at some point; either between the Project Owner and the Contractor or between the Contractor and his team and that’s why there must be a frantic effort at ensuring that trust and positive co-operation is strengthened throughout the duration of the project and there are only a few ways to do that.
In practice it has been observed that while a breach of trust, usually financial or technical in nature between a project owner and the contractor often lead to a project being abandoned, if the same occurs between the contractor and his work team at any level, the project can suffer severe injuries that may not be obvious until after some time. Hence, the later can be said to be more dangerous.

Let me paint a clearer picture. Consistent site visitation is part of my research activity and over time, I get to see a couple of dirty activities that play out on the field.

Although it is quite easy to put the bulk of blame on the desk of the contractor, rightly so, it is also good to point out that site workers can be up to a lot as soon as you take your eyes off –they can practically hack a site! 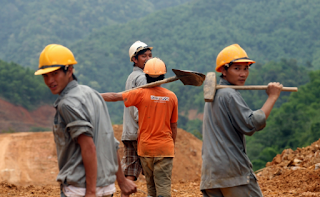 Truly, it may be sort of impossible for a contractor to be on the site every second, hence he has to rely on his site manager(s) or supervisor(s) to be his eye on the sub-contractors and site workers as the project progresses. However, if the site manager is naive or corrupt, negative collaborations may be engendered and the project bears the brunt. Sometimes they plot to manipulate mix ratios so they can save some materials to sell later to make unscrupulous gains. Surprisingly this left overs can amount to unbelievable metric tons!  Other times they negatively influence the supplier to bring in cheap, sub-standard substitutes that can easily be used up so that they can enrich themselves with the extra change and jointly cover up their hideous deeds. 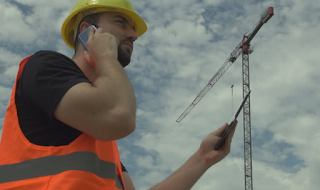 The use of technology has helped reduce such activities as contractors as well as project owners can follow the progress of work on their site from virtually anywhere. For large sites, installing self-powered IP CCTVs that is connected to your mobile device via the internet at various strategic points on the site can be helpful. However for small sites, some contractors or project owners rely on what is commonly referred to as ‘snap and send’ – the use of instant messengers to convey site pictures and vital info to the receiver at any time.


However the latter is still subject to manipulations. Notwithstanding, the use of technology cannot be over-emphasized as the ‘trust’ element itself is subjective -it can fail at some point but technology rarely does. 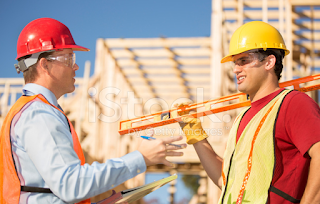 Understanding the psychology of members of a work team is one key aspect that should be taken into consideration.
Typically, site workers are journeymen from various backgrounds; hence they cannot all behave in the same way at every given time.

Most people met for the first time on a construction site and do not necessarily feel oblige or accountable to each other. It therefore important for site managers and foremen to always engage the right people –people that are not only good on the job but that they can have a sufficient control over. You don’t expect to change anyone over-night. It’s a site not a Correction Centre! Some people just don’t fit in.

Disengage any worker(s) trying to be a bad influence on others but that is only after you must have paid them off. Do not starve workers of their pay as at when due, hence you give room for all manner of after-thoughts and most importantly don’t allow moth to stick to your own eye too.