Advancement in technology has enabled parking of two or more cars on top of each other within the same floor area without having to construct any new concrete slab. This is relatively convenient for offices, malls, hotel or living apartments with limited car parking spaces. Car Park-Lifts as they are fondly called back here consist of an often open-ended mechanical lift that can lower a car to park below earth while platform(s) within the system automatically slide and lifts the other car(s) to be parked over it and by means of a remote control, extends out again in a systematic manner to allow access to the drivers to move their cars away at any time.  This way, the vehicles are safely kept in position and the attention of other drivers does not necessarily have to be drawn to the park if a user of the system intends to drive out. This slide and lift mechanism help maximize space and enhances security of motor vehicles parked especially in public places where often ‘cars are parked at owner’s risk’.

As it stands now, there is only a little presence of semblance of car park lifts in the country but it is believed that as cost of lands in metropolitan cities continue to rise, developers and building owners who intend to maximize the benefits of their land would embrace this technology. Besides because of the thrill and ambience that lifting cars before driving-out brings, it is often used as ‘stunts’ by wealthy individuals who are often keen on impressing visitors -showcasing class and style even when space is not an issue. 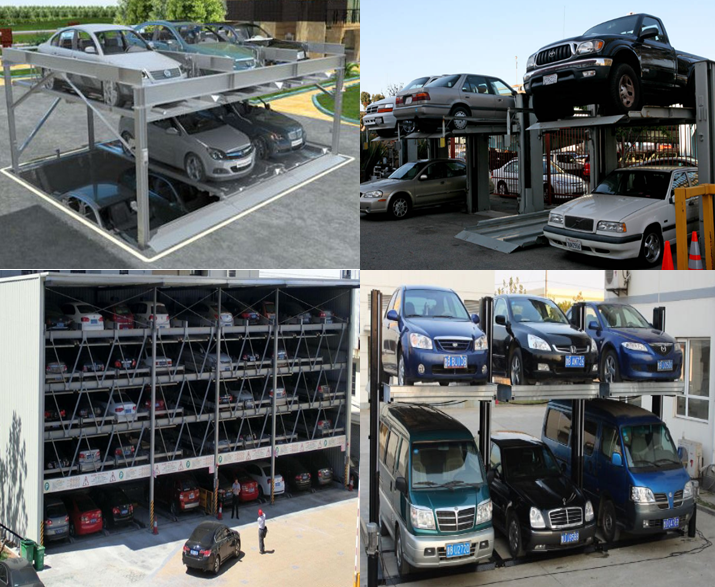 Car Park-Lifts are so designed to take care of the weight of a wide range of cars intended to be accommodated by them without falling-off or failing at any point throughout their life span and like the cars they were built to keep, they also need periodic maintenance. Also, like many other lift systems, they run on power. More recent models now come in self-powered, low energy configurations. Special Park-Lifts are designed and built for heavy vehicles like tankers, dump trucks, etc. There are very rare cases of vehicles getting trapped in the system and most of such reported cases across the world have been caused by power outages or poor maintenance of the system.

Car Park-Lifts are factory-built and may or may not be installed over an excavated portion of land. For those with underground features, the usual construction process of setting out, excavation and surface preparation is done and with the aid of a hoist and other related equipment, the already assembled lift system is placed right inside the excavated area on the basement floor. The system is thereafter connected to electric source to power on. Afterwhich it is test-run for safe use.

For commercial buildings with high vehicular traffic, several units of this park lifts are often installed side by side while an electronic card is issued to users which helps them control the slide and lift functions of the unit housing their individual vehicles for the time of using the park. These cards are then retrieved from them at the exit point and given to other users in that manner. The system is easy to use, quicker and relatively cheaper than constructing traditional multi-level car parks and can be installed almost anywhere.
Posted by Engr. Osaz' at 11:18 No comments:

A young Nigerian Engineer, 27 is working on developing automated detachable and retractable self-powered wipers to clean surfaces of glass facades, glazed wall panels, tiles and cladding on high-rise buildings of dust, molds and stains. A clean glass improves visibility and enhances the aesthetics of the building on which it is installed.

The proposed wipers are similar to those used in motor vehicles except that they are exceptionally longer in length and so can cover a larger area. Buildings 18-metre or more in height above the natural ground level are often classified as high-rise buildings. The cost, risks and complexities involved in maintaining the exteriors of high-rise buildings may reduce drastically if this invention sees the light of the day. Considering the growing number of high-rise buildings across the country and by extension all over the world, there is likely widespread in the adoption of this technology.

The first prototype of the wiper would be available in 2017. The idea of powering itself is so that as soon as it is programmed, it continues to perform its duties irrespective of power outages. There are indications that the wiper will rely on solar power. This is based on the fact that solar panels can fit in perfectly into the engine compartment of the wiper. The wiper itself is not to be programmed to work every day, hence there is ample time to collect and save energy for next use. The wiper engine compartment is to consist of water channels, micro-tanks and sprayer that automatically spray clean water and liquid soap on the surface as the wiper’s blade wipes across.

Ideally cleaning of glasses is to be carried out every year, especially during the dry season when dust naturally gathers on glass surfaces but with this invention in the pipeline, cleaning can be done by just anyone every other day. Due to the cost implication of such exercise it has been observed that most high-rise building owners in the country normally carry out maintenance every 5-10 years. The cost implication is even higher for sky-scrappers. 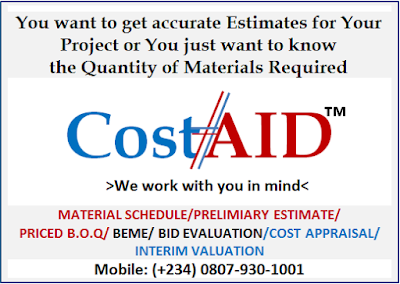 The price and durability potential of the building wiper is not yet known but it is not baseless to assume that this concept is a cost-effective maintenance solution. According to the inventor of the building wipers, they are to be attached to a top beam or roof of the building from which they stretch out their blades to wipe and then automatically retract back to original position after cleaning operation is completed. Its component parts are detachable and the wiping blades can be replaced with even greater ease. Enthusiasts are imploring that smaller model that can be used for small residential or low-rise commercial buildings should also be produced.
Posted by Engr. Osaz' at 10:00 No comments: